If you have children, you’re probably all too familiar with reading bedtime stories. Closing the bedroom blinds and snuggling under the duvet ready to indulge your little one in a world of fantasy, before sending them off into a peaceful slumber… or try to at least!

Bedtime stories aren’t just for kids though, many of us adults need the wind down a great book provides to lure us to sleep, too. But while some choose a book to calm the mind, these days it’s not uncommon to turn to our favourite Netflix show for comfort instead.

This got us thinking…

After a busy day, picking up War and Peace probably isn’t on the agenda. Nor is diving head first into an 8-part psychological thriller. But, if our favourite Netflix shows were styled like children’s books, would we want to read them?

Lots of pretty pictures, easy to read text and gripping enough to give us the “fix” we need before bed… Sounds great doesn’t it?

So, with World Book Day on the horizon, we decided to “mash up” some popular Netflix shows with our favourite children’s bedtime stories to create new versions, spin-offs if you will. We have to say, we definitely wouldn’t mind having any of these on our bookshelf!

The Tiger Who Came to Eat Me (Tiger King) 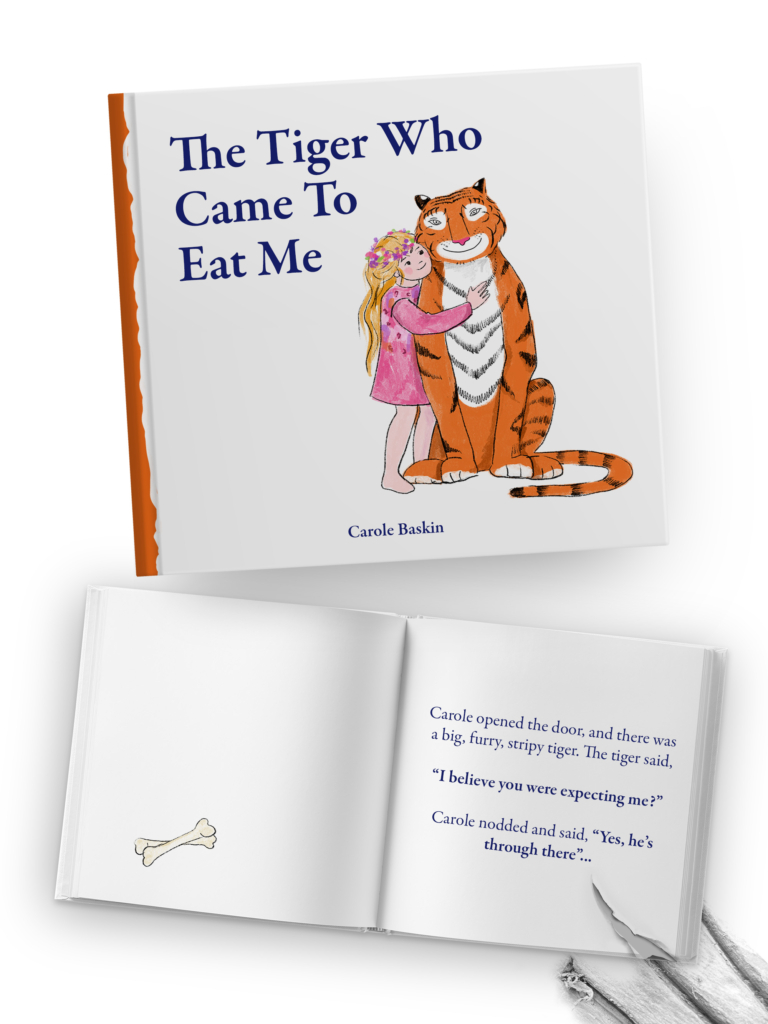 The tales of Carole Baskin, the mysterious disappearance of her husband, and Joe Exotic’s deep disdain for her has had the world gripped since the first episode of Tiger King graced our screens at the beginning of 2020.

In our eyes, there’s only one children’s book it could possibly be paired with. The Tiger Who Came to Tea of course! Written and illustrated by Judith Kerr, it’s as relevant and much loved today as it was when it was first published back in 1968. Though, at least the original tiger didn’t eat Sophie or her mum (allegedly).

If you’re under the age of 40 and went to school in the UK, there’s a very good chance that it was Biff, Chip and Kipper that taught you how to read (or at least played a huge part in it). Created in 1985 by Roderick Hunt and illustrated by Alex Brychta, the trio and their dog Floppy were given some hefty responsibilities within the British education system, but they sussed it out!

Squid Game is intense to say the least, and probably not something you want to take into your REM cycle with you. But fully familiar with getting into all sorts of scrapes and messy situations, we just knew that Biff, Chip and Kipper would be up for the challenge… maybe.

There’s No Places Left For You in Space! (Don’t Look Up) 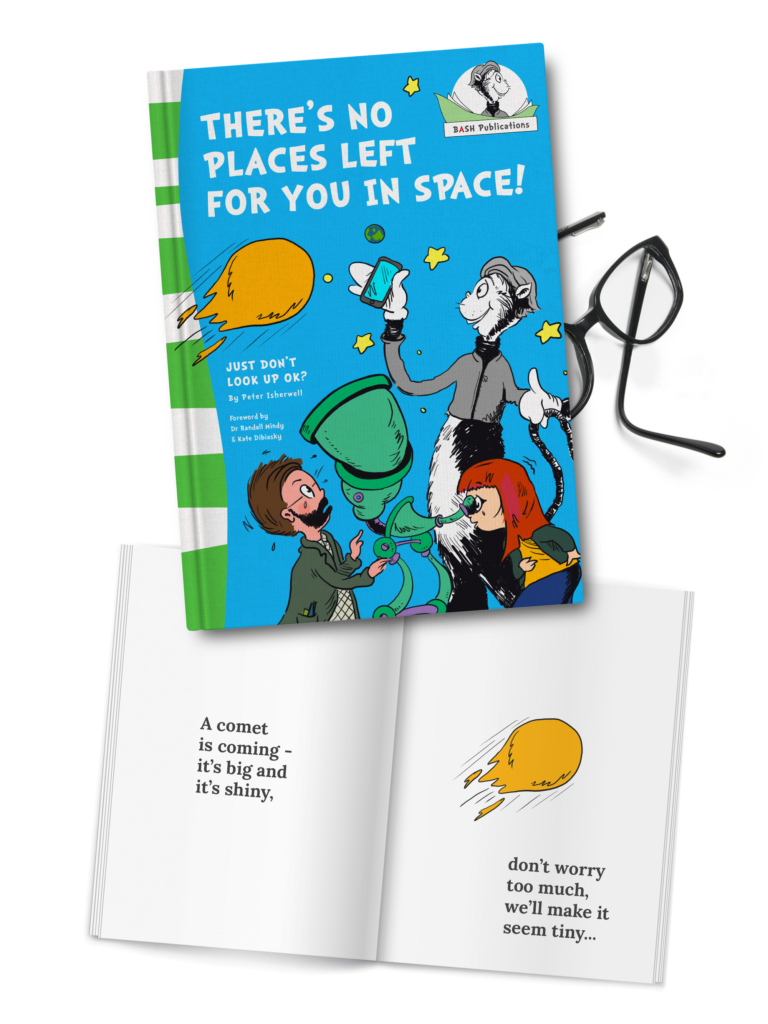 A lesson in greed, politics and mass extinction, Don’t Look Up seemed like the icing on the cake for what can only be an understatement when we say a challenging couple of years. And while we hope there’s no truth in this Netflix hit, it sure gets you thinking!

When it comes to children’s book characters that are just a bit loopy and leave you feeling more confuzzled than ever, there’s only one man (or cat) for the job. The Cat in the Hat was penned and illustrated by Theodor Geisel (affectionately known as Dr. Seuss) back in 1957, and the anthropomorphic character has been weirding children out across the globe ever since. 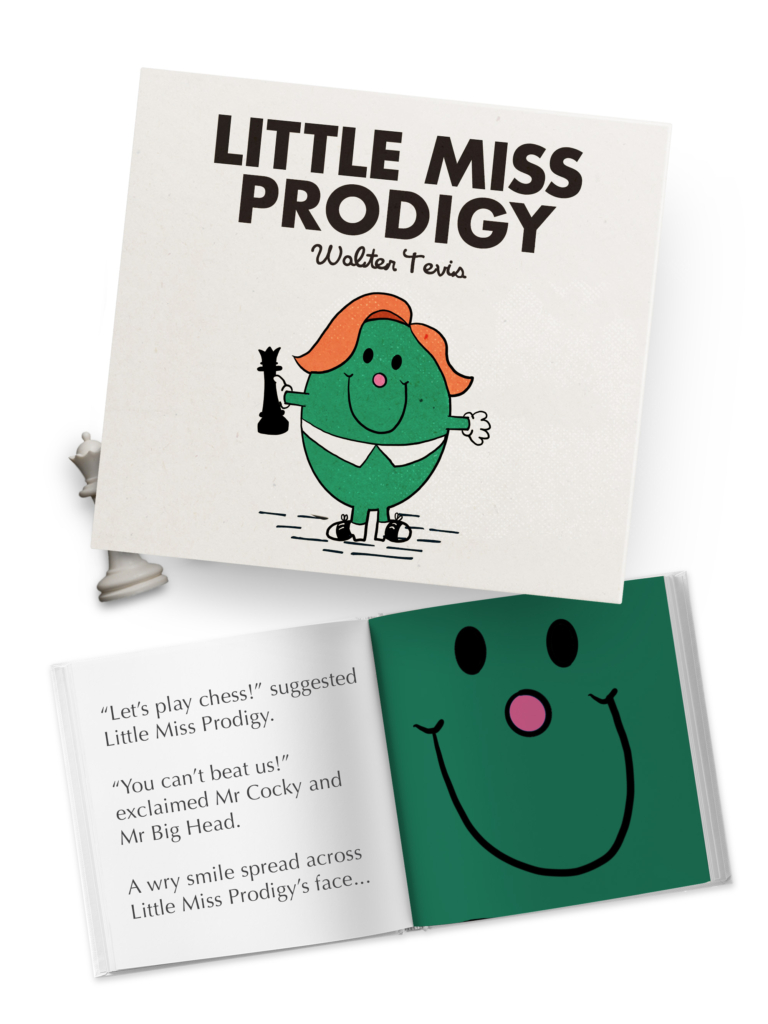 A coming of age story which reminds us that if you’re driven and focused, no matter what your circumstances are or obstacles you face, you can get what you want. It helps to be a chess genius too of course. The Netflix series throws up a complex rollercoaster of emotions, definitely not something you need to go to bed on, right?

Now, which children’s book characters are all about keeping it real by fully embracing their personality traits, are sickeningly wholesome, with a simple moral lesson to share, too? It had to be the Mr Men and Little Miss books! The series of books was started in 1971 by Roger Hargreaves, Adam Hargreaves (Roger’s son) then took over the writing and illustration in 1988 when Roger passed away and he’s still producing new titles today… Maybe we should show him ours? He’ll love it. 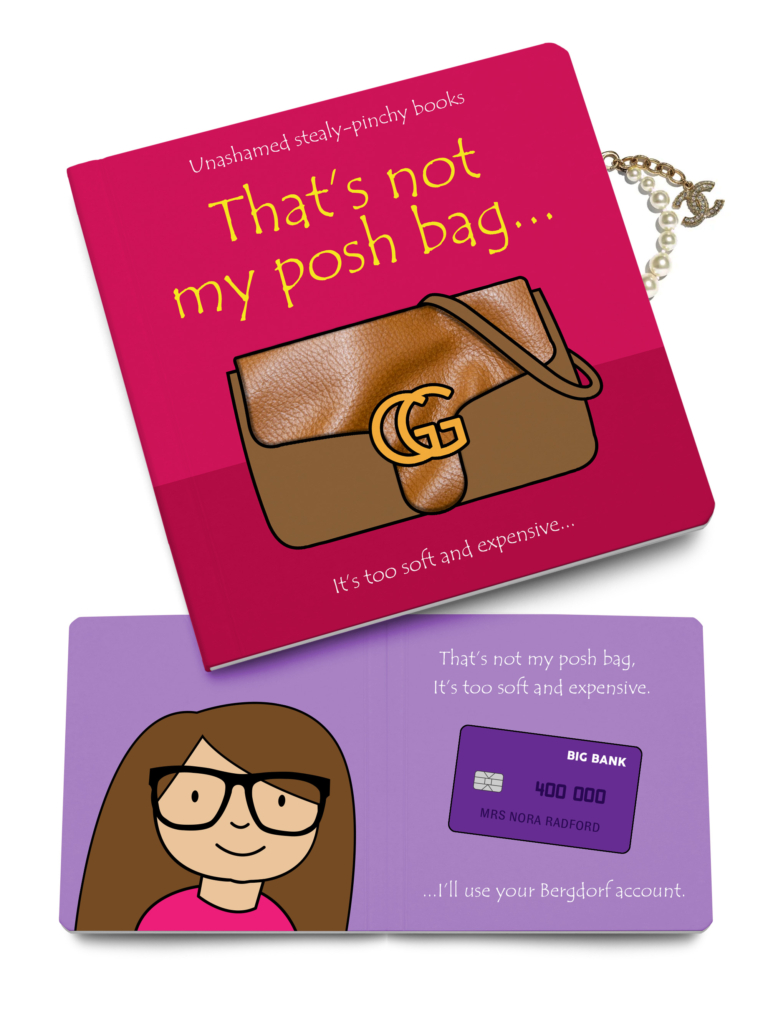 Another story about getting what you want… but maybe not going about it in the right way. Anna Delvey will tell you that building an empire takes a lot of hard work and guts, but sometimes that tunnel visioned determination might lead you to do things that are, well, illegal. It’s hard to believe this Netflix miniseries is based on a true story but it’s certainly had a lot of people talking.

It felt like this series needed more of a self-help style book than anything and teaching children what’s theirs and what isn’t would usually start at a young age. So, what better way to do it than keeping it simple with some bold, bright tactile illustrations that appeal to a number of senses? To help little one’s figure it out, Fiona Watt started creating the “That’s Not My…” series of touchy-feely sensory books back in 1999, with the help of illustrator Rachel Wells. A relatively young range of books compared to the others we’ve chosen, but no less a classic and a bookshelf staple for many a toddler these days.

Save Barb From the Demogorgon (Stranger Things) 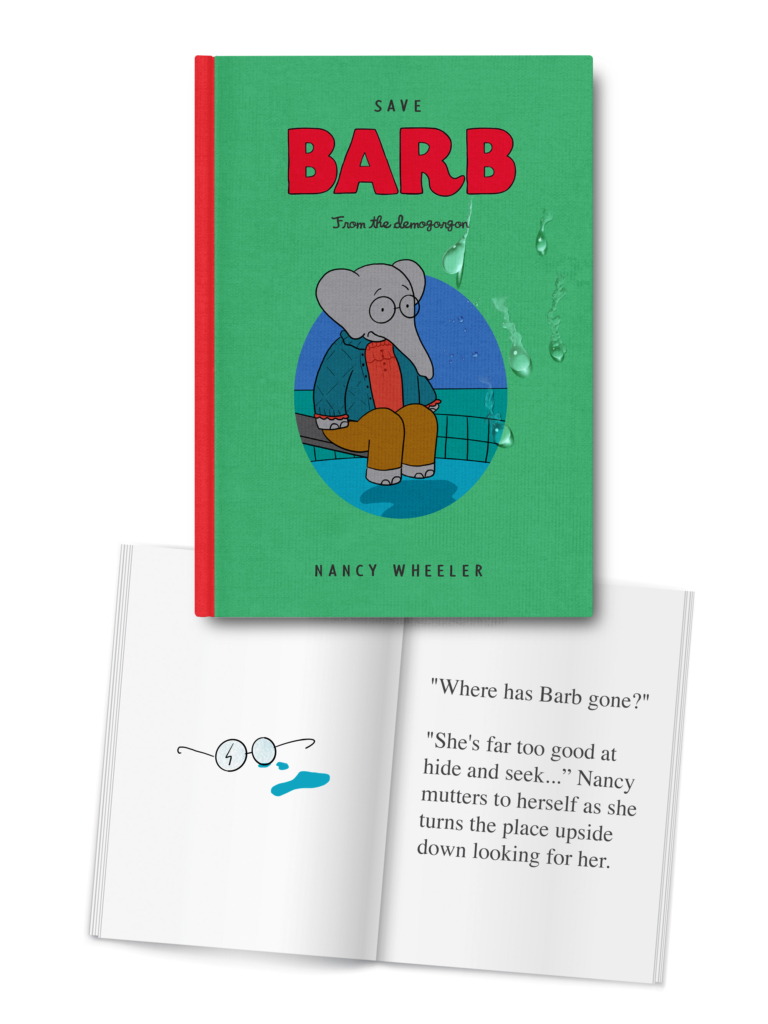 One of the biggest smash hits that Netflix has ever produced, Stranger Things has become a cult classic and it shows no sign of being forgotten anytime soon, with the eagerly awaited Season 4 about to drop. A charming tale of friendship, adversity and the power of the mind… oh, and giant, other-worldly slobbering monsters that want to drag you back to their lair and eat you.

When it comes to family, friends and rising up from adversity, the Babar the Elephant books have it in bucket loads (slobbering monsters, not so much). Written by French author Jean de Brunhoff in 1931, the story of a young, outcast elephant that travels to a different “world” before going on to become the King of the Elephants with his friends and family by his side. It was too good a connection to pass!

We hope you’ve enjoyed our fun illustrations! If you did and you’d like to share them, you’re more than welcome to use them for your own content. All we ask is that you credit Unbeatable Blinds with a link back to this post as the original source.

As well as offering a wide range of roller blinds for bedrooms from just £6.99, we also offer a comprehensive range of wooden blinds, faux wood blinds, and perfect fit blinds, as well as the unique stylings of day and night blinds. So, whatever your needs are, you can create the perfect bedroom environment ready for your next bedtime story or Netflix binge!

For all enquiries please contact us at:
customersupport@unbeatableblinds.co.uk
or alternatively call 0333 321 4050